The workshop saw the arrival of a Triumph Dolomite 1850 for repair work and respray.

Into the workshop arrived a Triumph Dolomite 1850. A very original and straight car we carried out a recommission mechanically and some body and paintwork. We started by removing the carbs which were cleaned and rebuilt with service kits.

A new fuel pump was fitted. We removed the tank to check condition and also drained out the old stale fuel which would have to be renewed. A new tank sender unit was fitted as the old showed signs of corrosion. We removed the brake master cylinder and renewed this cleaning out the reservoir which showed sludge of old brake fluid.

After cleaning and refurbishing the carbs were refitted along with new rubber mounts. We next looked at the front suspension replacing ball joints and rubber bushes. One of the front brake callipers was found to be seized and so replaced with a reconditioned item and we renewed any brake pipes as required.

Attention moved to the body work and we started by stripping the car of exterior trim to gain access for repairs. We started on the front end of the car repairing the dents to the front valance. The dents were pulled out then given a light coat of filler to achieve the final shape. The wings were taken back to bare metal as there were some suspect areas under the paint.

As the front near side wing top was taken back an area of rot around the front edge was revealed and cut away, the area treated and a new section let in, the area then filled to achieve the final shape.

The off side door was taken to bare metal and again an area revealed that was not first evident. This area was cut out a new section welded in and filled. The fit off the off side wing was not great and so it was unstitched and realigned. The engine bay and underside of the bonnet were to be painted and we started by removing a thick layer of underseal on the underside of the bonnet.

The engine bay was also cleaned of underseal and we started going over the repaired areas with a finer grade of filler to remove any imperfections. In unrepaired areas the paint was also sanded down as we moved towards getting the car into primer. With all areas prepared the car and panels went into the booth to be patch primed.

The car then returned to the booth for its top coat, the engine bay and shell were sprayed and the panels sprayed separately off the car, as the roof and boot panel were in good order these were not painted. The rear panel and the sills of the car received a coat of satin black and we started the rebuild fitting the lights and front grill all items being cleaned as they were refitted.

The door cards were refitted after a waxoyl treatment was completed. Headlight surrounds and the radiator were given a coat of stain black paint. The car then returned to the ramp where we carried out a service, drained and renewed the gearbox oil and added an axle additive. The next job on the list was to carry out an under-body wax treatment.

We then continued the rebuild by refitting trim etc. An MOT and valet completed the job ready for collection. On the day of collection the customer provided some new wheels that had been banded and a set of new tyres. 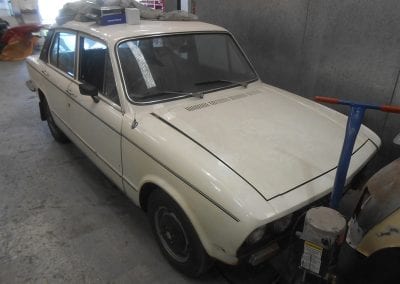 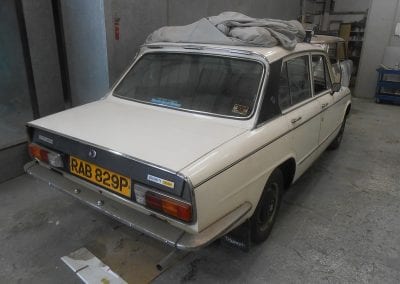 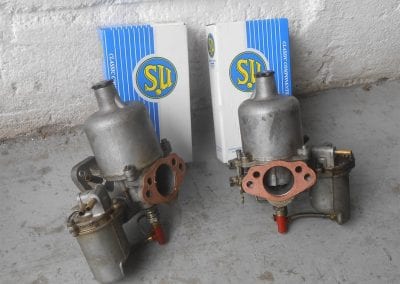 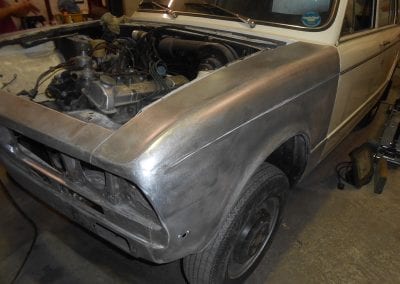 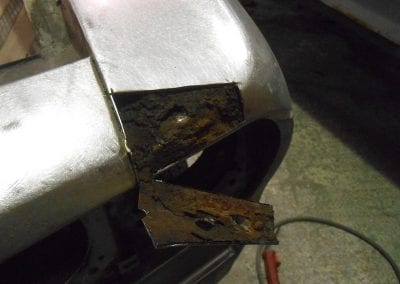 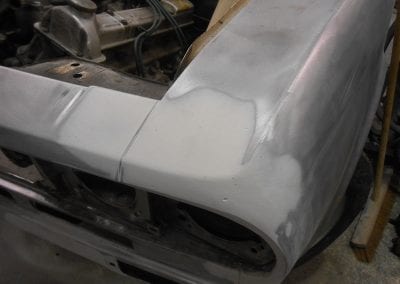 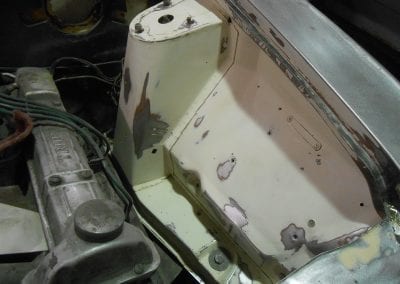 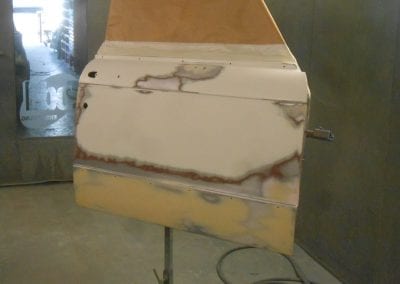 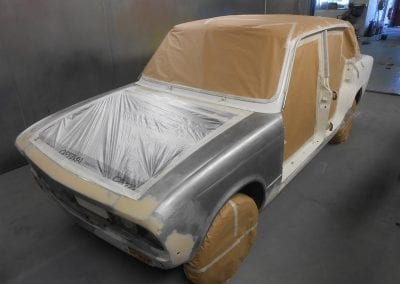 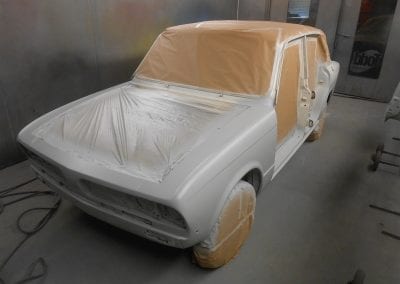 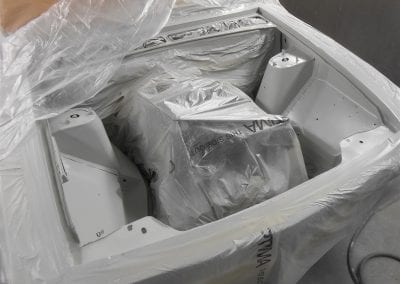 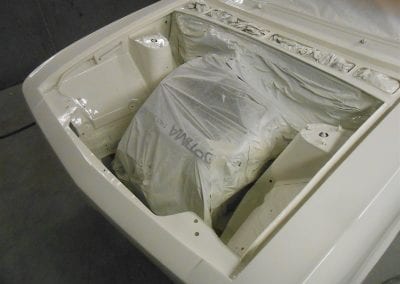 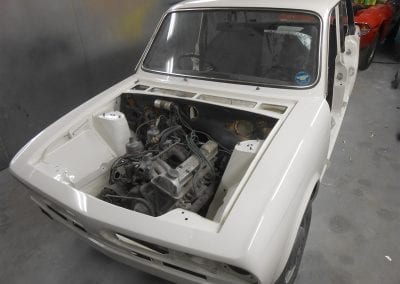 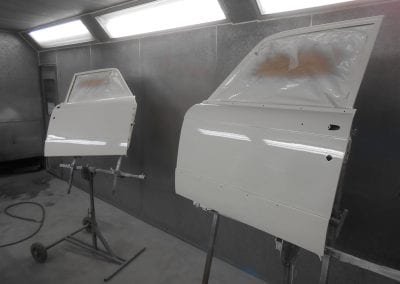 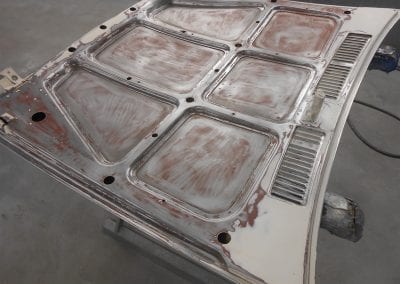 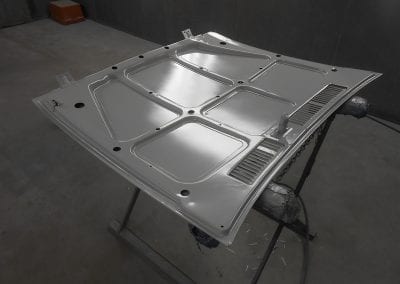 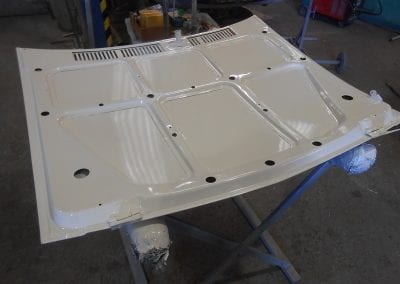 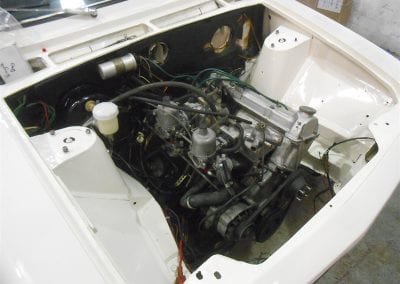 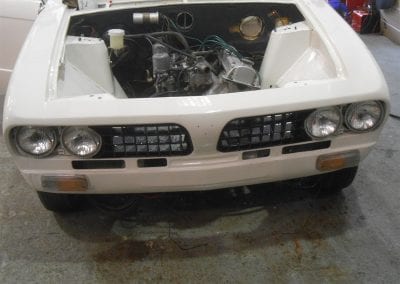 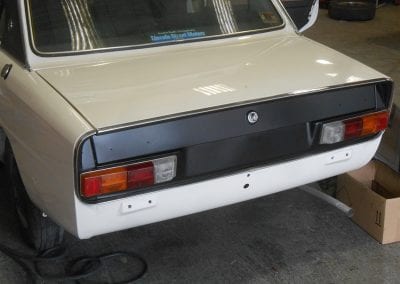 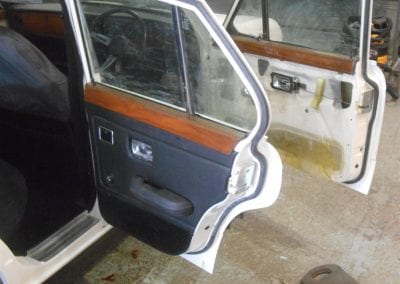 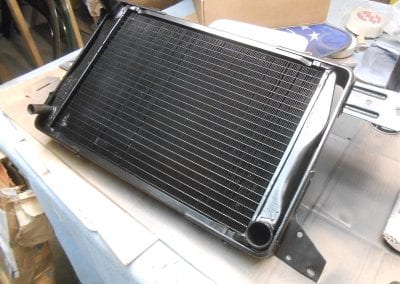 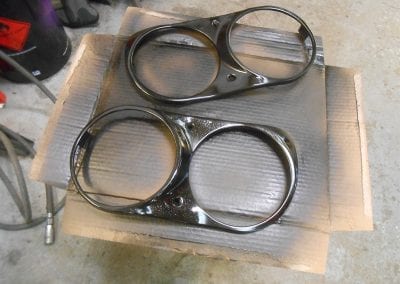 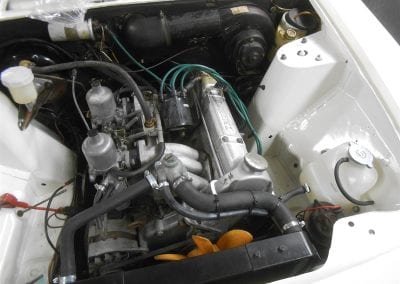 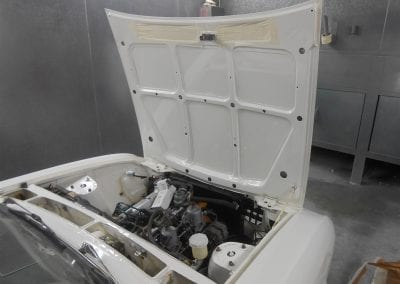 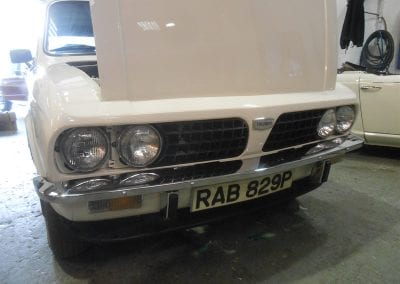 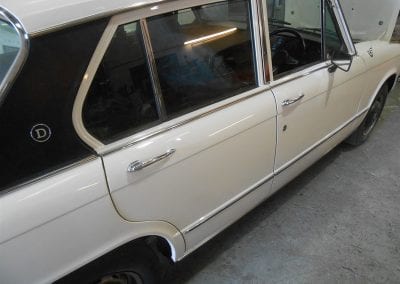 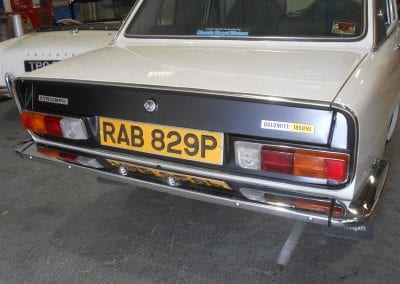 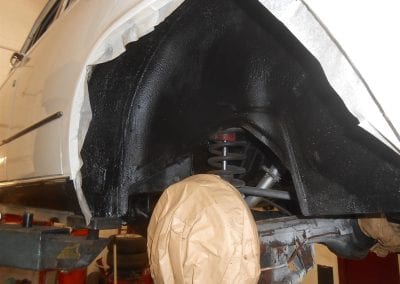