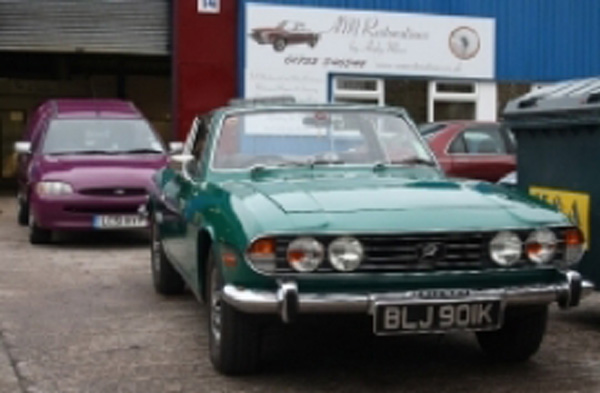 I am the proud owner of a MK 1 emerald green Triumph Stag which sadly became rather ill, having incurred a few rather peculiar noises from under the bonnet. Well to the rescue was Mr Moss or Andy as he likes to be called. In October on the trailer went the car and we travelled down the A38 to Plymouth. December came and the journey back was in one well car after a rebuilt engine, thanks Andy a tribute to his trade, new car, new lease of life.