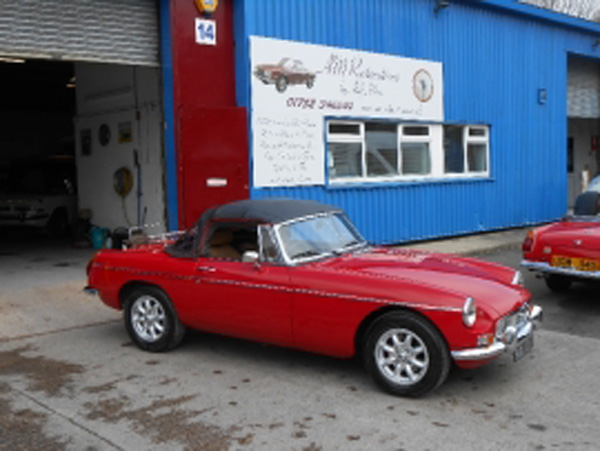 Having seen the quality of work being completed on my ex-TR 6 by Andy and his team, I had no hesitation in asking them to carry out some bodywork repairs on my replacement classic MGB V8 Roadster. Some paintwork cracking on the bonnet and boot were worked on with both panels being taken back to bare metal before being fully prepared for primer and top coats. The cause of the problem was diagnosed as being poorly completed preparation work before the last re-spray. This was made worse on the boot lid by the gas strut kit which was badly flexing the boot skin each time it was closed, so these have now been removed and replaced with conventional stays. Work was also completed to replace the side windows on the hood and to shorten the gear lever. All in all a great service with the jobs being completed on time and with a very high quality finish, I will strongly recommend Andy and his team to my fellow members of the Tamar Valley MG Owners Club.